The tool has gotten so much more functionality; the layout of this page doesn't really suit it anymore. Use instead the following link for the tool:
http://geo.javawa.nl/coordcalc/index_en.html

The tool (mobile version) can be used to perform miscellaneous calculations with coordinates, like those that are needed sometimes in geocaching.

The lines and circles can sometimes have a strange appearance; this is the case when the borders of the visible map are exceeded (the earth is a slightly flattened sphere; sometimes the shortest path runs via the poles or the "rear"). You can get a correct display of the lines and circles on a 3D projection of the earth by clicking the button "Show 3D". This option is available only if your browser and video card support WebGL.

The following calculations are available: 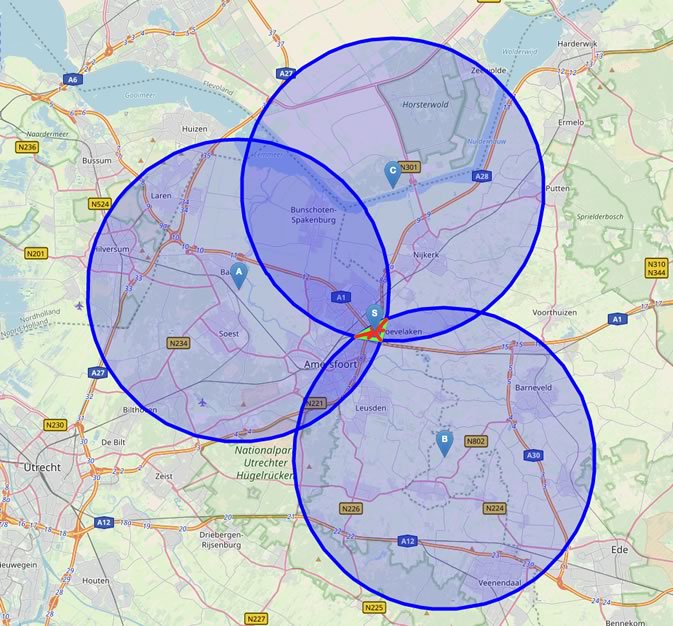 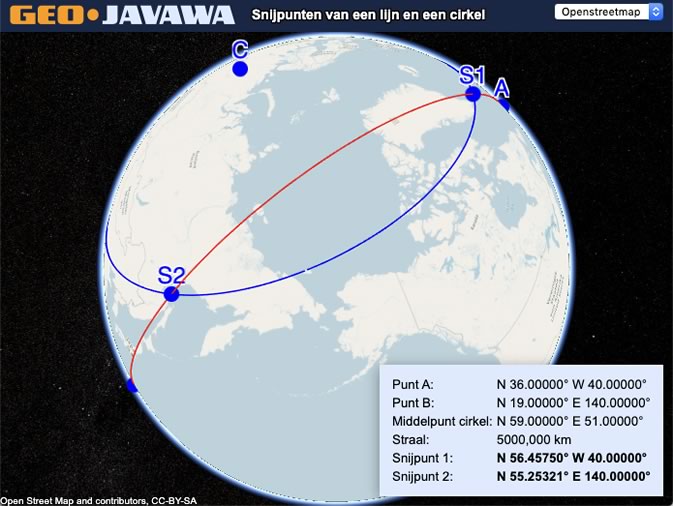 There is a mobile version too: 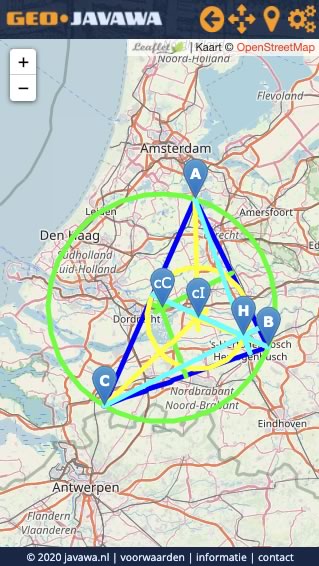